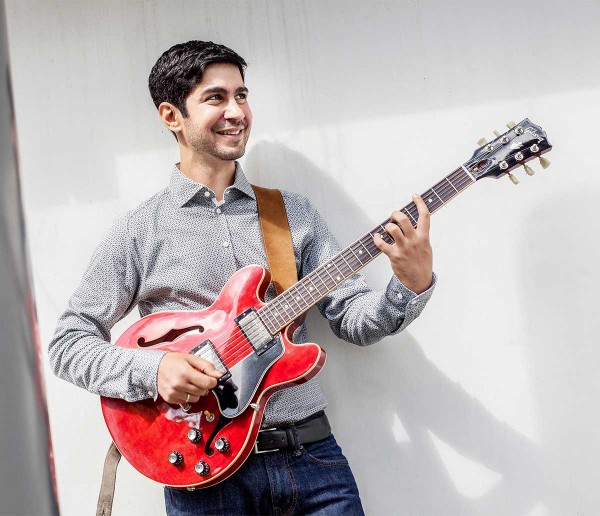 Riaz Khabirpour fell in love with music at an early age listening to the Beatles, Paul Simon, Vivaldi and Beethoven on his parents record player. Discovering Jazz in his teens, Riaz knew this was the music he wanted to dedicate himself to.

He went on to study jazz guitar at the Conservatorium van Amsterdam with Maarten van de Grinten and Jesse van Ruller, where he completed his studies in 2006 with a master’s degree. During his studies he spent one exchange semester in New York under the tutelage of John Abercrombie.

In September 2006 he decided to relocate to Cologne with its creative music scene and has been an active member ever since. His curiosity for music led him to obtain another master’s degree in composition/arranging from the Hochschule für Musik Cologne in 2013.

Riaz regularly performs concerts at home and abroad, contributes to numerous CD productions and composes for different formats from trio to big band.